Lenovo offers a great and easy and free tool called XClarity Administrator which you can use for:


Last two (+support) are licenced (around 50 EUR/server/year) but the trial period is 90 days - enough for initial configuration. On top of that, it can centrally manage identity and access.


For small scale deployment, you can set up a server one by one but here is the idea: 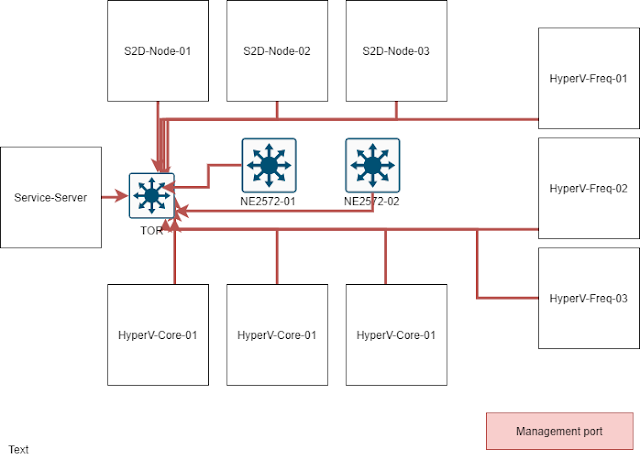 A couple of nice features that comes along:

I am deploying a disaggregated S2D scenario, consisting of 3x clusters each with 3 nodes.
Notes:

As you may or may not already know the documentation for Storage Spaces Direct is just sad. While one may argue it's simple so that everyone can do that, it's missing so many details so in fact there is a high probability that if you follow it you will implement it wrong :-)

In the following blog posts, I will try to sum up the experience of deploying disaggregated Hyper-V/S2D cluster. Most of the scripts and information are taken from the https://github.com/microsoft/WSLab project which is just an amazing collection of information for S2D deployments.